The Revival of the YouthCAN blog and a recap of late 2012-present.

It has been a long time since anyone has updated the YouthCAN blog and there are very good reasons as to why. Brace yourselves, this is a lengthy post.

After the last post about the summer session Karen made, Mario and Mikala were preparing for the fall session and Mario was preparing for his departure. With so much on his plate, the priority of the blog was pushed to the bottom of the “to-do list.” We are now in 2014 with Jennifer Chen (aka me), as the new YouthCAN Assistant Coordinator and Minh Nguyen, as the new YouthCAN Coordinator.

As you all can see, lot has changed since the last post, so I’ll just give a recap of everything that has happened. Mario Pilapil, the previous YouthCAN Assistant Coordinator, left YouthCAN early 2013 for graduate school, and this past 2014, he graduated! He’s going to be a history teacher! Congratulations on everything Mario, all of us at YouthCAN wish you the best.

Mikala Woodward the previous YouthCAN Coordinator is now the Exhibits Developer and Oral History Manager, we still see her occasionally, but of course, she’s missed.

Around the same time Mario left, I was hired as the new YouthCAN Assistant Manager. I did not participate in the fall session because Mario believed that I needed a little break from YouthCAN and some time to adjust to the college environment (because at the time I just begun my freshmen year at the University of Washington), so I was not present during the poetry unit. 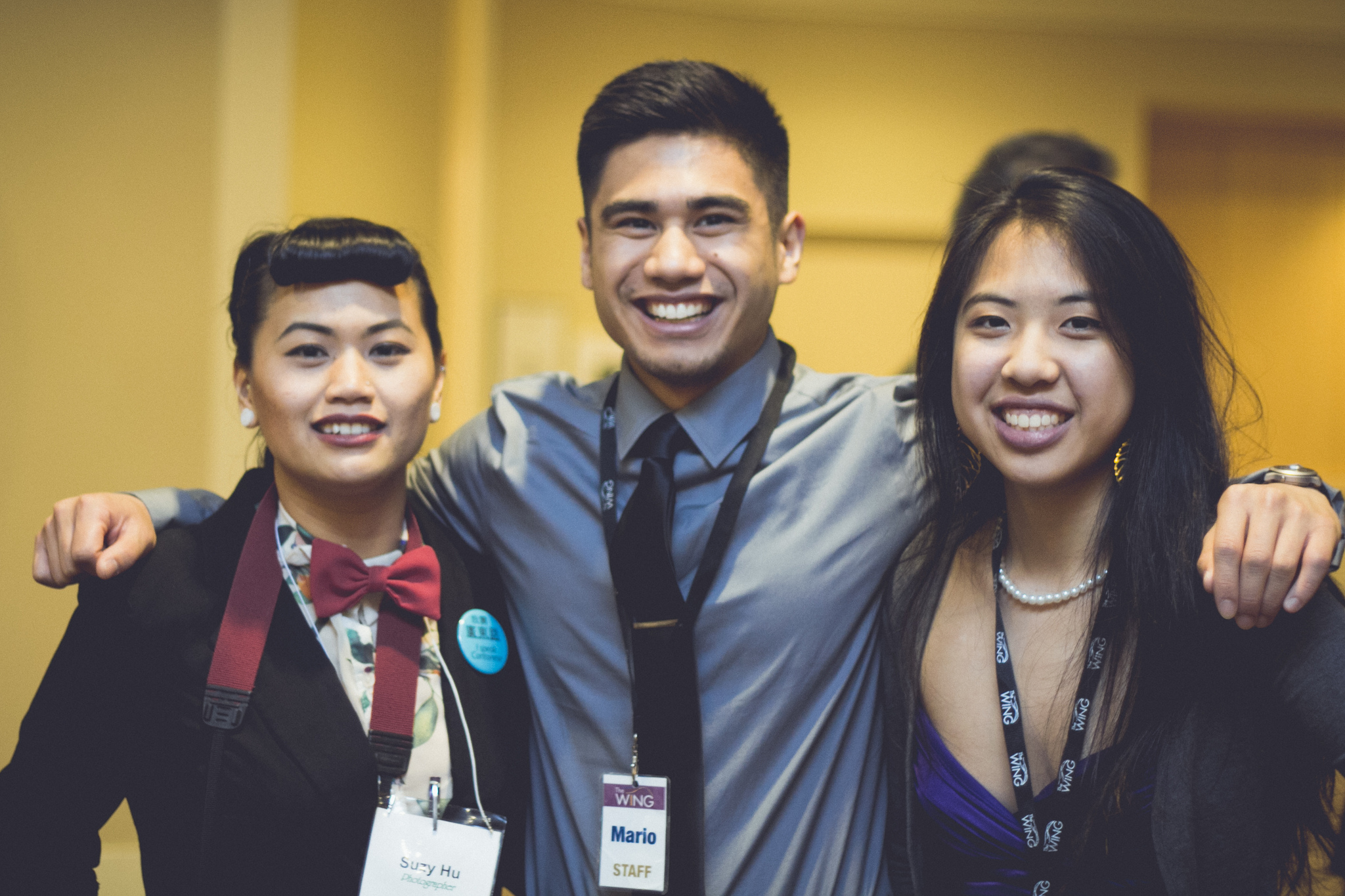 Starting 2013, in January, I stepped into this role and it was something completely different. I guess you could say I saw YouthCAN through a new set of eyes. I was lost and I did not know all the “ins and outs” of this position, but slowly, I worked myself into it. This allowed for me to take on more tasks such as reviving the blog and trying to put YouthCAN out there through social media. In other words, trying to keep YouthCAN “up to date” in this current tech savvy society.

Starting off, I was completely lost about my place in YouthCAN. I entered a strange and never traveled to area of the YouthCAN spectrum. Of course I was a YouthLEAD before, but somehow the Assistant Coordinator position appeared completely different yet familiar, (actually it was completely different in some aspects). I was the first person who advanced as a participant to the Assistant Coordinator role… so the advice from Mario only helped so much.

Questions that I always asked consisted of whether I was I a friend or an authoritative figure to the people who were once my peers/fellow participants. How was I to assert myself in a way that allowed for me to be friends with everyone, yet do my job? I found myself reluctant to say certain things I normally would when talking to my friends. As an Assistant Coordinator, they were participants in a program I was helping to facilitate and it was not professional say certain things.

Eventually, I found my happy medium. Everything is about respect. My friends respected me enough for me to assert myself in this authoritative role, and as YouthCAN’ers, they respected me enough to know when I’m on the clock, I’m still their friend, but a friend with boundaries and a friend that is working. I think this is one of my greatest accomplishments since taking on this position; being able to differentiate the roles each of us played since I took on the position.

During the fall session in 2012, they worked with Stephany Koch Hazelrigg on a poetry unit where the youth dived into exploring their identity and broke out of their comfort zone by writing and reading some of their most personal work. Three of the participants, Yulong Tan, Sheenie Yip and Nicholas Kaman, read their beautiful pieces at the Wing Luke’s 2013 Annual Auction.

After the session with Stephany, I stepped into Mario’s position January 2013. Where my first task at hand was to plan the YouthCAN Sleepover/Mario’s going away party. This task was not totally foreign since the sleepover started my year as YouthLEAD, where I took part in planning.

For the winter 2013 session, we worked with Romson Bustillo and we explored altars from the many different cultures across the world. The youth, after seeing the different types of altars, started creating their own masterpieces and all alters were exhibited in “Altar Ego: A _____ Sanctum.” The youth were required to build something that represented who they were as a person, their identity, and they were required to build something that represented themselves in a way that:

Referring to the exhibit title, “Altar Ego,” I’m sure you can all guessed it! A lot of the youth based their altars off of their hidden side thus letting their true colors shine through their altars. 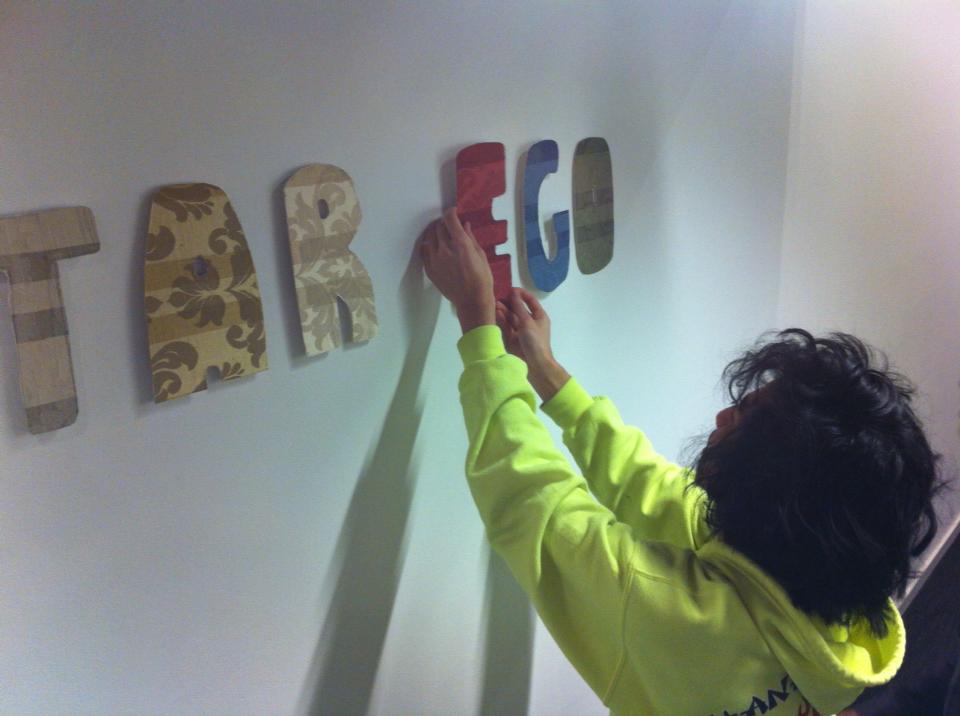 (Zenwa Shimabukuro putting up the title of the Altar Ego exhibit.)

During spring in 2013, we worked with Kirsten T. Ramirez in creating murals that were based off of the Chinese Zodiac, “Modern Zodiac Animals.” The color scheme was relatively complementary. Backgrounds were littered with amazing designs, ranging from geometric to abstract. The purpose of the project was to show a physical representation of tradition and culture and a mix of identities. Though we are all culturally different, there is that same similarity in all of us- the American counterpart. The murals portrayed the animals of the Zodiac, but did not have the full details that the full Chinese version would have, there was an underlying sense of the American culture rooted within the traditional physicalities of the animals. There were a total of 12 paintings. 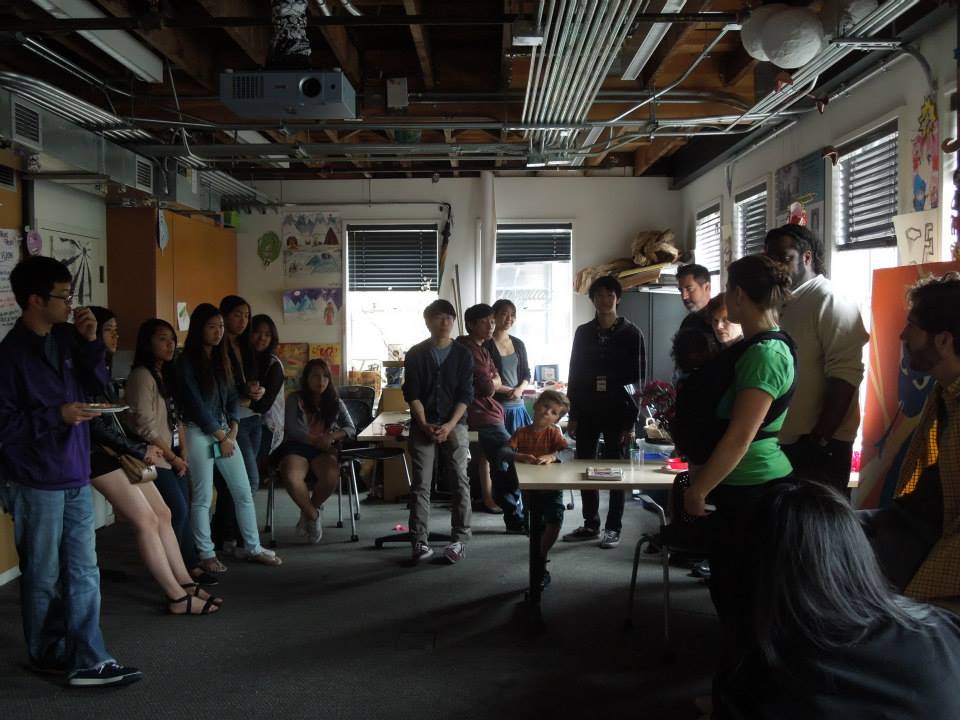 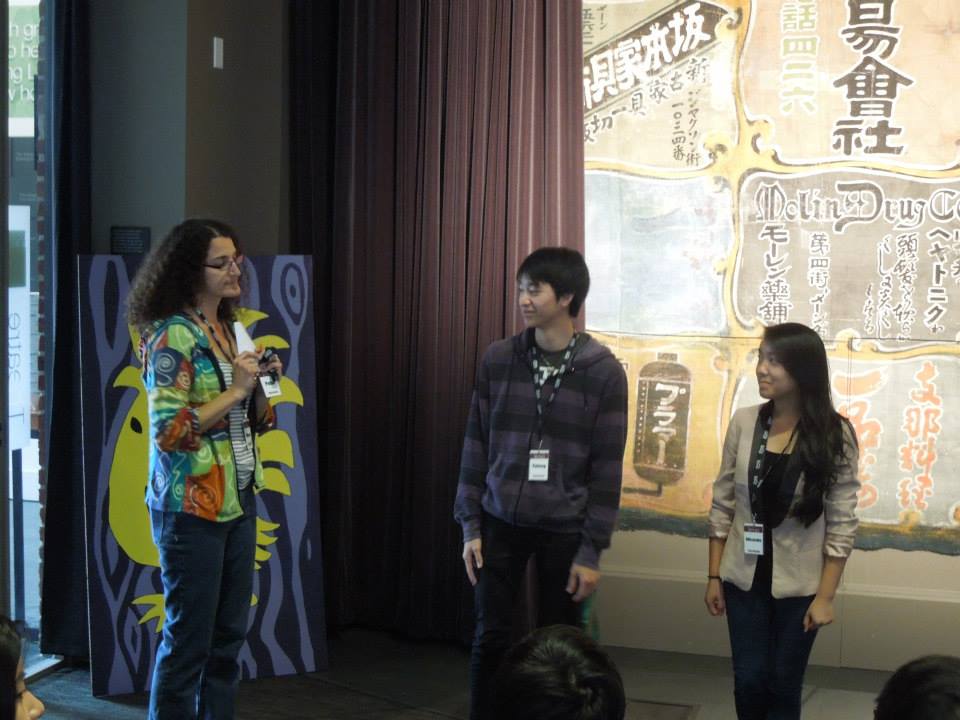 (Introduction of the 2013-2014 YouthLEADS- Yulong Tan, Miranda Ho, and not photographed, Peter Hou.) 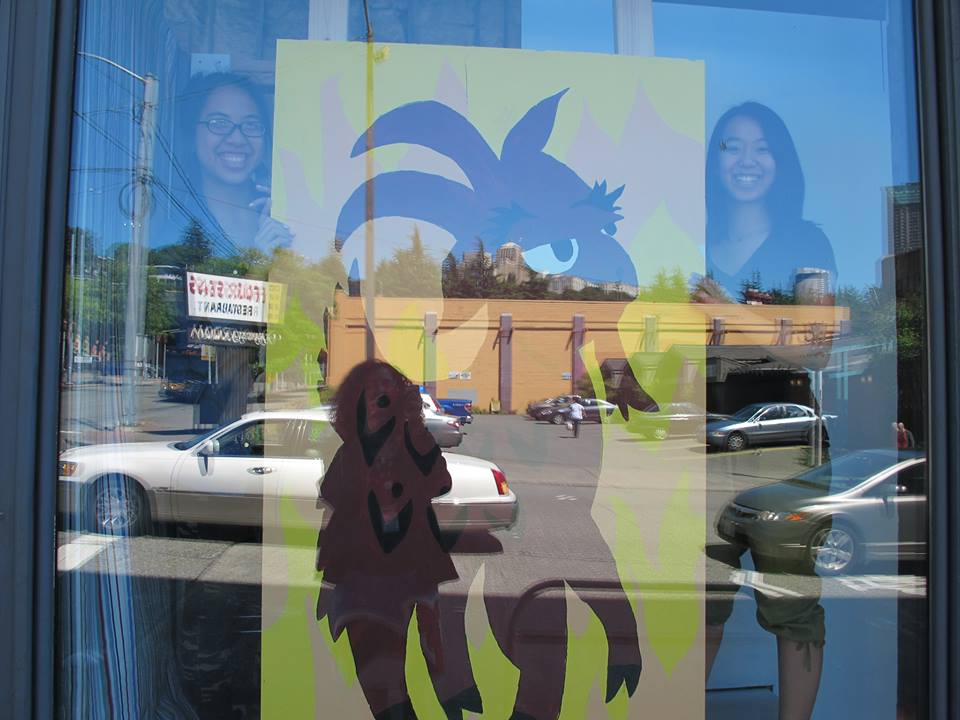 (Jennifer Chen and Kela Wong putting up pieces at the Wing’s storefront.)

Somewhere during Romson and Kristen’s studio, we had a wonderful intern, Dylan High, who worked closely with the program! He interviewed YouthCAN and he now works at the Nordic Heritage Museum!

This was also around the time we hired three new YouthLEADS, Miranda Ho, Peter Hou, and Yulong Tan and sent off Nicholas, Karen and June.

In the summer of 2013, the youth worked with Carina del Rosario on a photography unit. We started off learning the basics of composition and elements that make a photograph a good photograph. The youth got to play around with cameras and learned how to create masterpieces with a click of a button by using their compositional skills and their newfound ISO and Shutter Speed adjusting skills. YouthCAN went on numerous field trips around the Seattle area ranging from Capitol Hill, to Downtown’s Pike Place, to Columbia City and even Mt. Rainier where the group got to camp out. We also went to a Travyon Martin rally and explored the various events in Seattle and the beautiful underground Seattle that not many people see. In the end, the youth decided to create an exhibit based off of the unique and hidden scenes in Seattle that a lot of people overlook. From that, the youth selected a few of the best photos and displayed them in the exhibition space, “Beyond the Grey: The Essence of Seattle.” 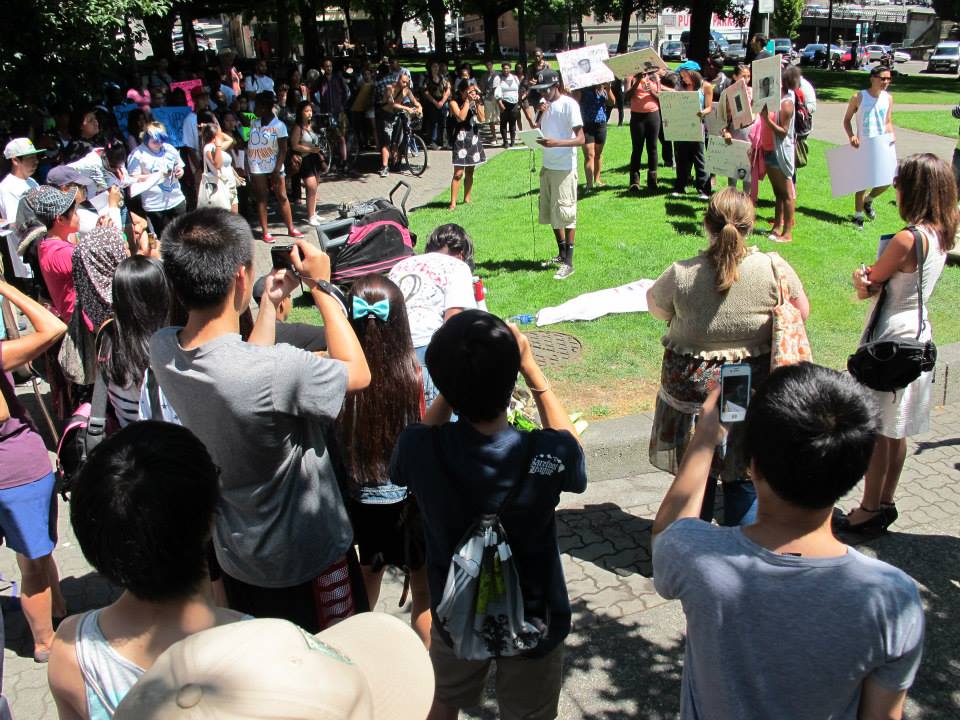 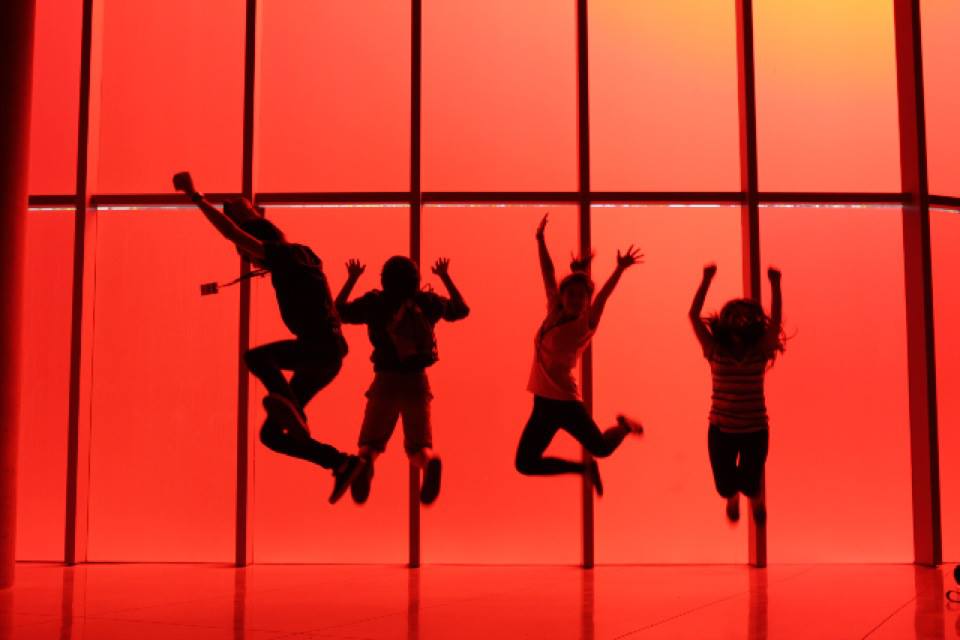 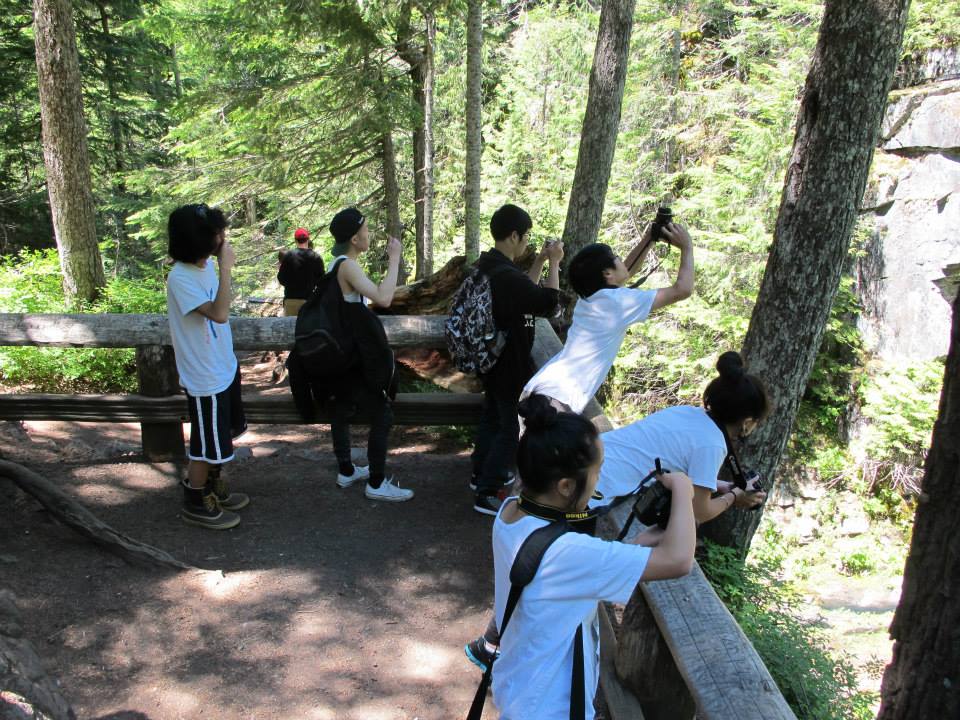 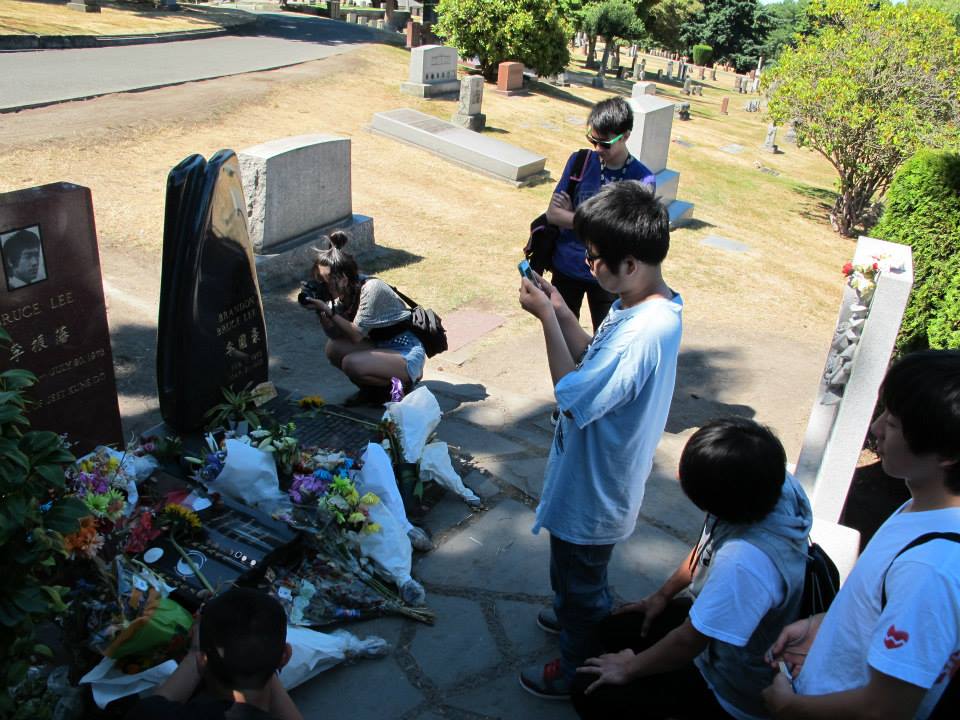 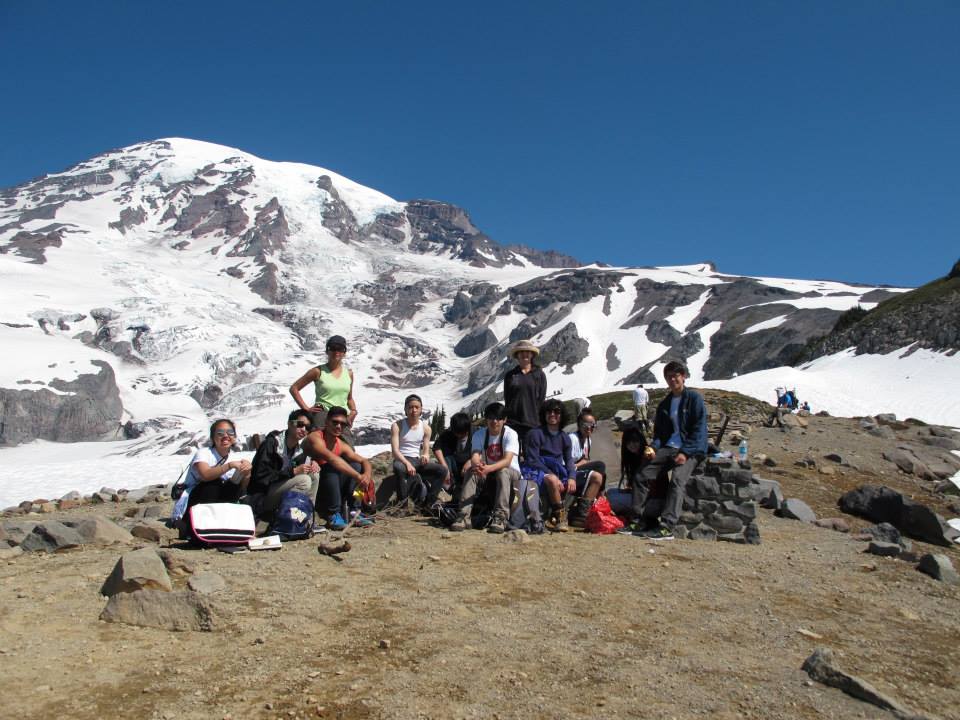 One of my personal favorites was the autumn 2013 session, where we worked with Joseph Guanlao on a video project on the history of Asian Americans. We started off brainstorming the many topics that could have been addressed through the videos ranging from immigration, the Chinese railroad workers, segregation in schools, discrimination against certain ethnicities, personal family stories, and so much more. YouthCAN was then divided into three groups, the Immigration to America group where Miranda Ho, Nicky Dang, and Duy Tran made a video telling their family’s immigration story. Yulong Tan, Charlie Vo, Brandon Chen, and Jonathan Cortes worked on the segregation in schools. They put together Past in the Present, which focused on Franklin High School’s student demographics and compared the past to the present. The last group, Candice Lee, Xin Yan Wu, Ashley Kwan, Sheenie Yip, Rachel Lee, and I focused on our family’s interpretation of the American Dream in the short film, Take Nothing for Granted. In that video, we interviewed our families who told their story and expectations upon arriving in America and what they view as the American Dream.

During the transition from fall 2013 to winter 2014, Minh Nguyen hopped on board the YouthCAN group taking Mikala’s position.

During the winter and spring 2014 sessions, the youth worked with Kathy Liao and created the exhibit, Maskquerade: Hidden Identities. In this exhibit, the youth made masks that portrayed who they viewed themselves to be, whether it is a super hero, a villain, or a cartoon. This project allowed for the youth to have fun and dive into their childhood (and current) role models and project who they are through a mask. For example, I did the pink power ranger because as a kid, I grew up wanting to save the world and fight crime which parallels with my current passion for the law and wanting to save the world by taking action and speaking up on social problems. In the second session with Kathy, we created a huge mural and collaged pictures from our personal lives in the background. 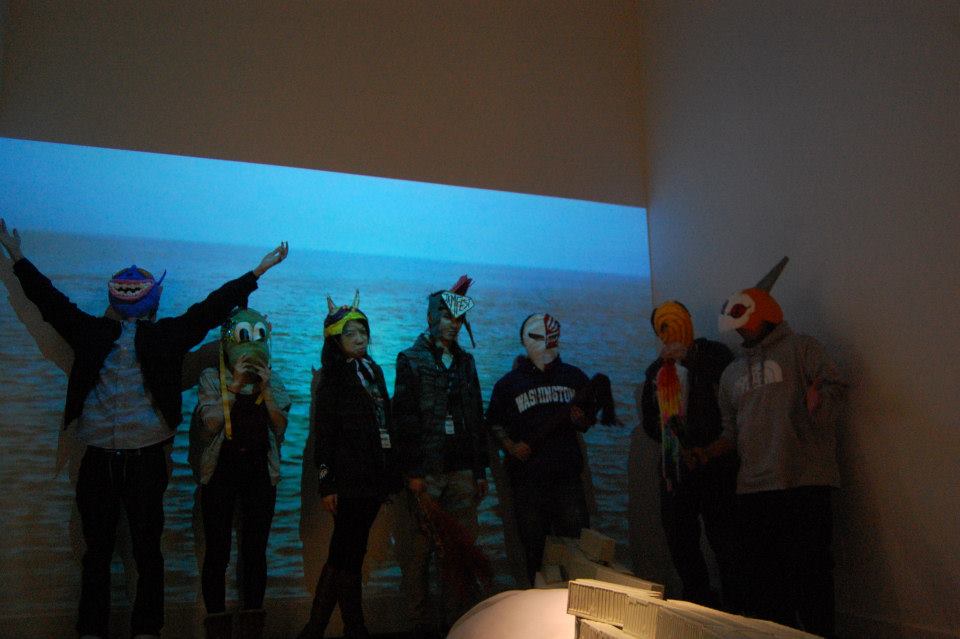 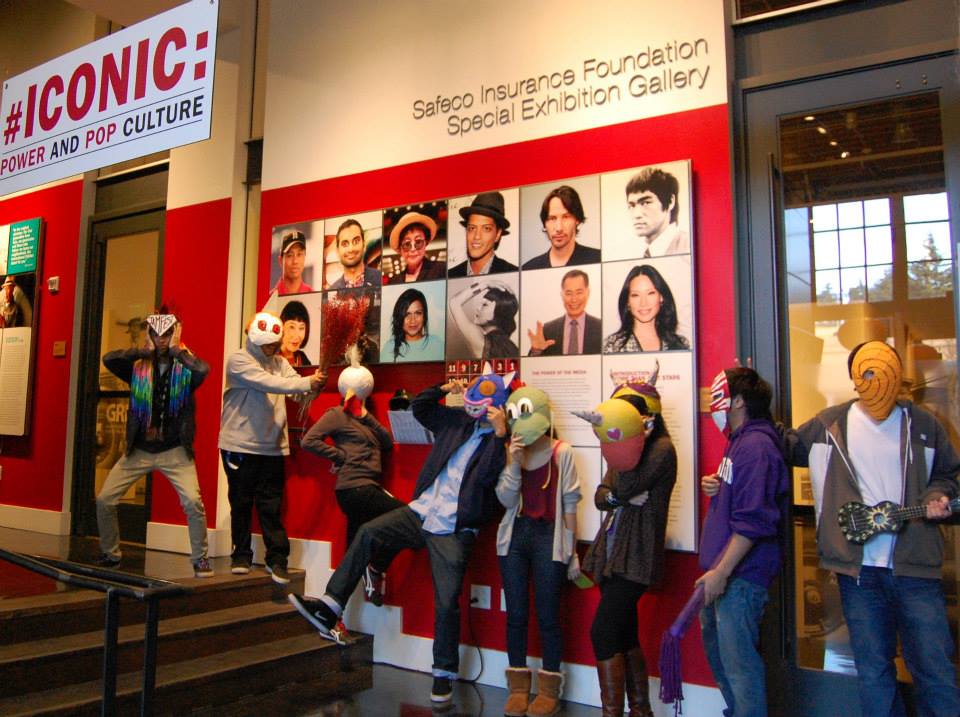 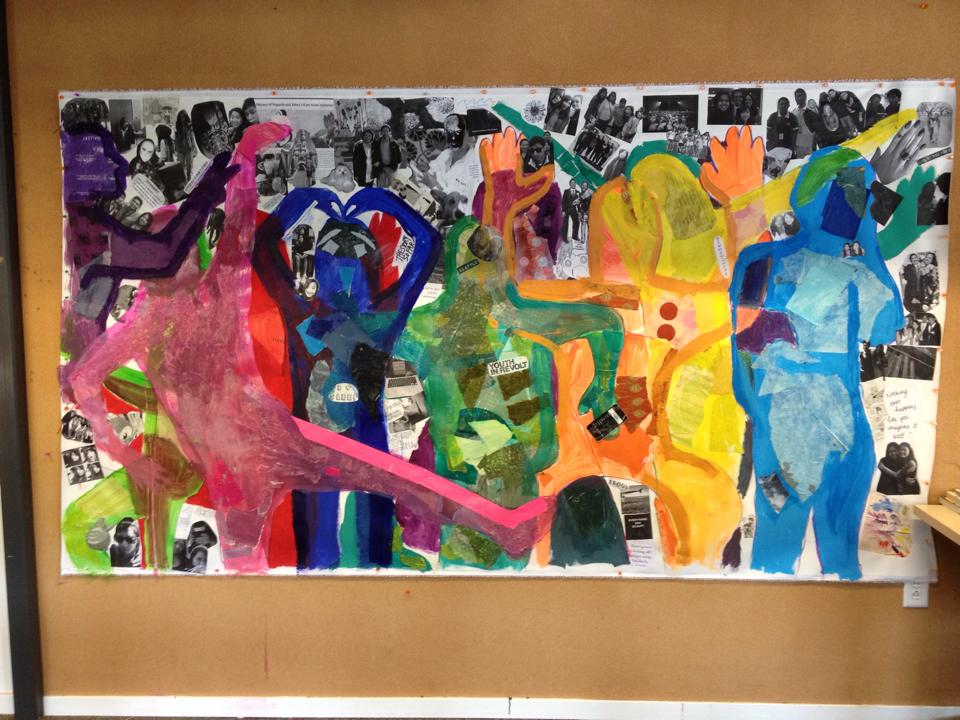 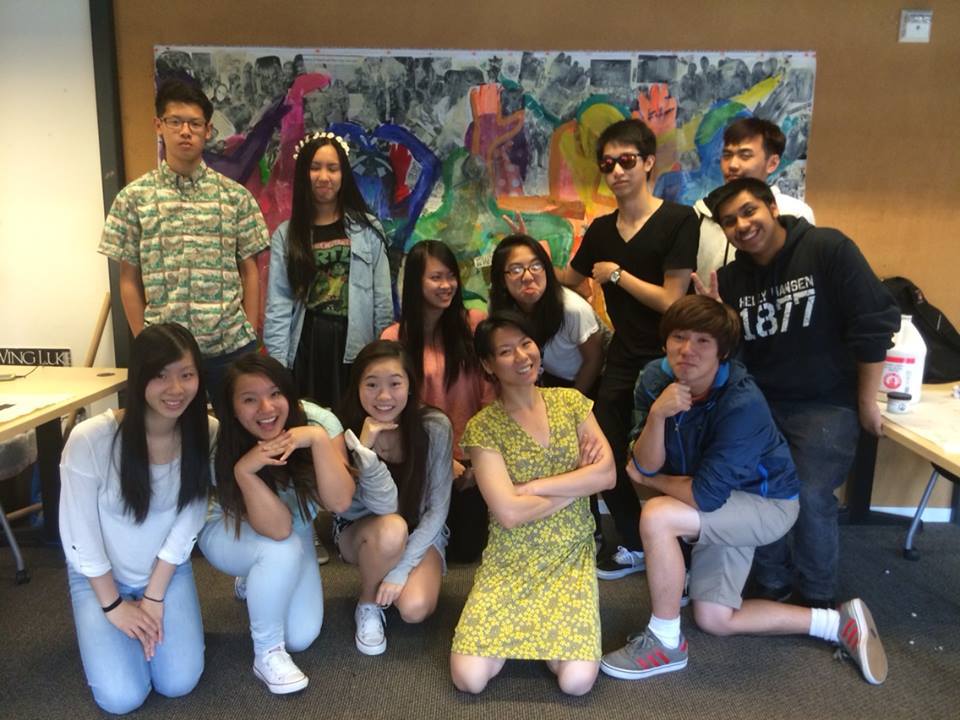 After the sessions with Kathy, Minh and I planned various field trips and started “Snackchat.” Snackchat is basically a Socratic seminar style discussion, where we eat snacks and discuss a topic that we are interested in. The first one we had was about the Elliot Roger’s incident. The Snackchat consisted of meaningful thoughts and it touched my heart in ways I cannot explain. We did an activity where we filled in the blank to the sentence, “To prevent future Elliot Roger’s we should______.” It was concluded that Elliot’s way of thinking, and his perspective on women was not okay and that discussions like this allows for us to educate each other and try to prevent things like this from happening. 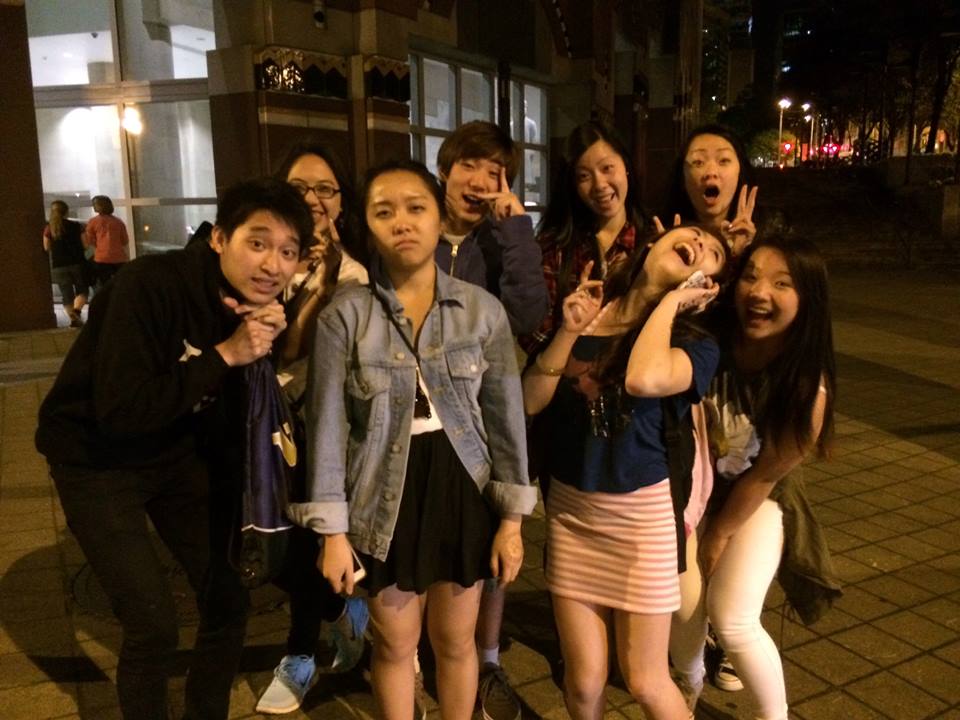 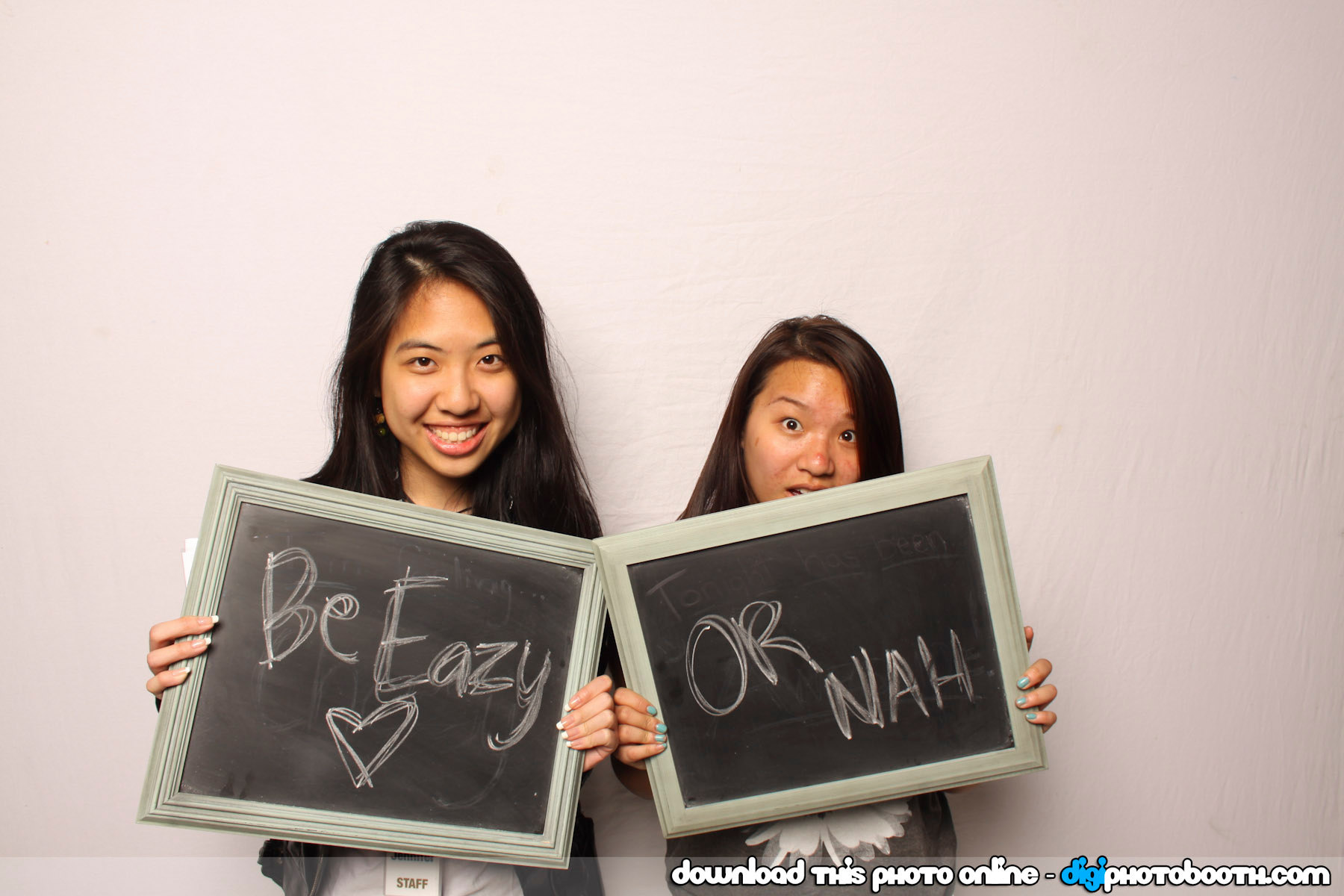 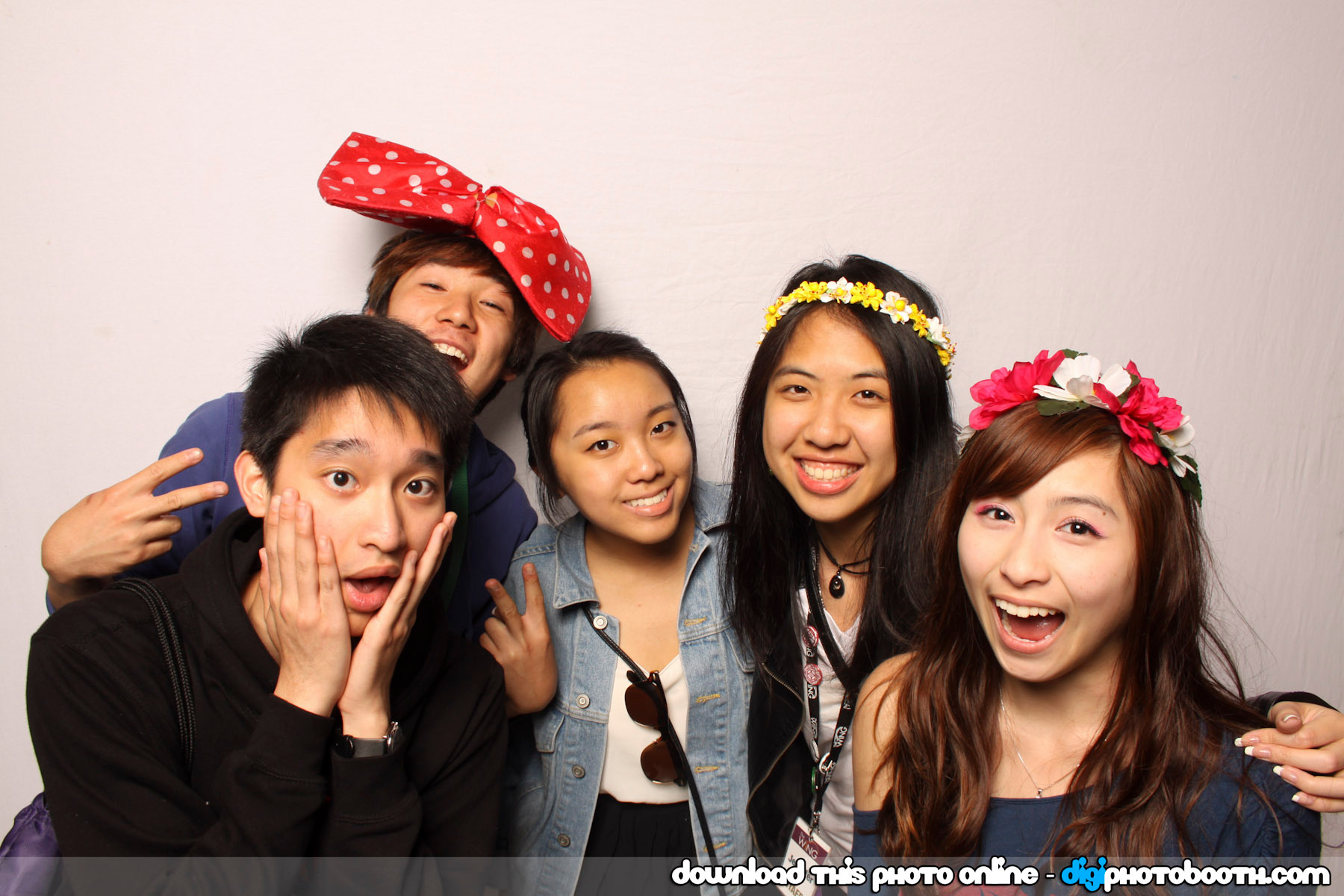 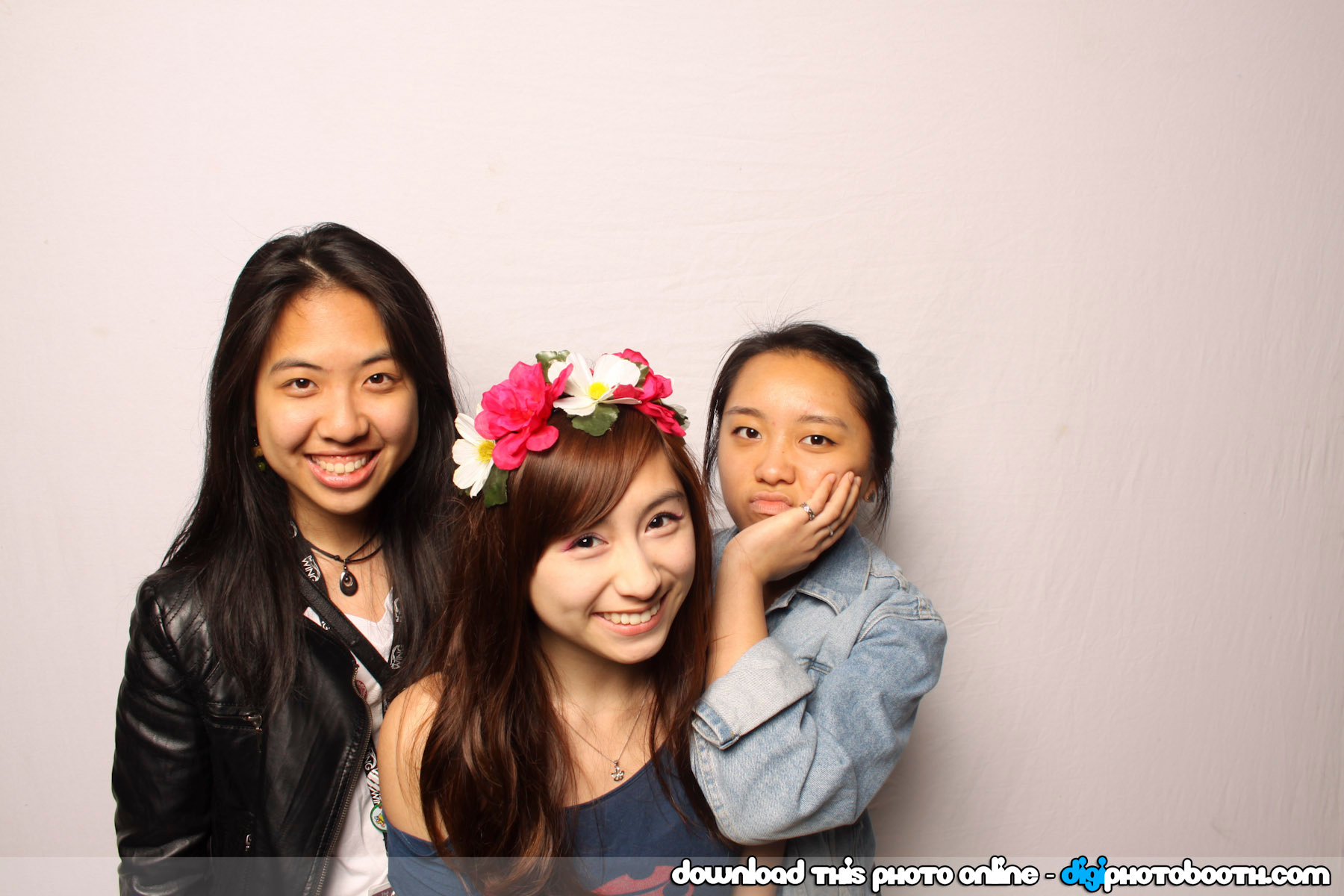 Recently, we sent off the YouthLEADS Miranda, Yulong and Peter and brought on Ashley Kwan, Candice Lee, and Xin-Yan Wu. We are about to start summer session and you can expect a lot of FREQUENT posts from us and the YouthCAN members.

And yes, congrats to you too Mario Pilapil.

See you all soon and if you read this whole recap/update, you are awesome!

With lots of love, Jennifer Chen.

I like to go by Jenn, but ifer is fine too. I'm the current YouthCAN Assistant Coordinator and I have been in YouthCAN for almost 6 years! I've sat in the classroom as a participant and a YouthLEAD and now I facilitate the program. I currently attend the University of Washington as a Law Societies and Justice major and I'm eagerly pursuing a career in the law field. YouthCAN has been crucial in the development of my passion for the law, equality and justice. I love reading because I'm a bookworm, writing because the pen flows naturally, and taking photos that are worth more than 1000 words. I believe that the little things in life are the best things in life, and we should never take them for granted. I am a huge adventurer of the beautiful nature the PNW offers and a lover for all things simple and vintage- two words that explain my art style too.
View all posts by ifer →
This entry was posted in Teaching Artists, Youth Programs. Bookmark the permalink.